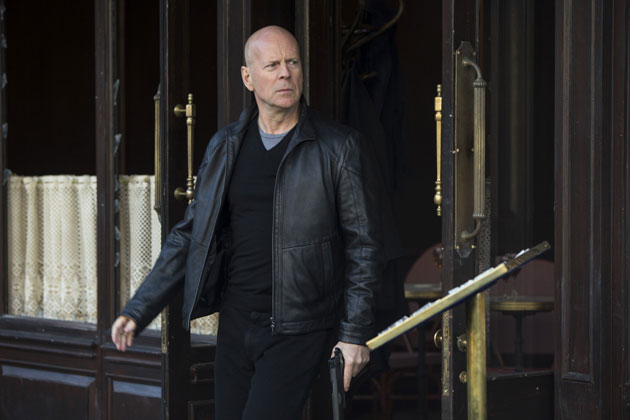 The man we know as an action hero, tremendous actor and also one of the style icons of Hollywood is none other than Mr. Walter Bruce Willis. He is a versatile American actor, producer, and singer. As we know his career began on the Off-Broadway stage and then in television most especially as David Addison in Moonlighting. Throughout his career, we see him in different characters and different costumes.Especially his leather jacket collection with verities of designs and colors. In this post, we will see a series of leather jacket collection one by one.

In the film, we Bruce Willis as the lead John McClane and a young hacker join forces to hunt down a cyber-terrorist named Thomas Gabriel in Washington D.C. Here is an action scene where Bruce is standing on the roof of a black car and also wearing a brown jacket. 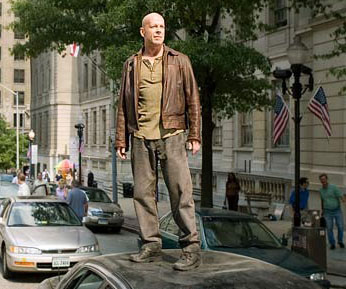 A Good To Die Hard :

Bruce is back with the next part of Die Hard. This tries to combine father and son duo. And that happens when he travels to Russia to help out his seemingly wayward son,Jack against the underworld forces. 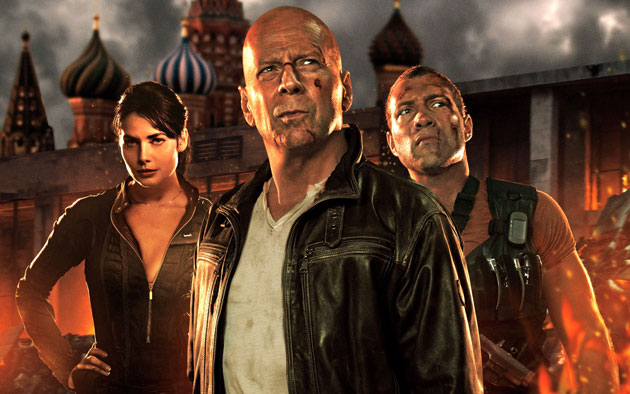 A Good Day To Die Hard

This is a 2010 American action comedy film. When Bruce’s as Frank Moses peaceful life is threatened by a high-tech assassin then former black-ops agent Frank Moses reassembles his grand team in a last ditch effort to survive and uncover his assailants. 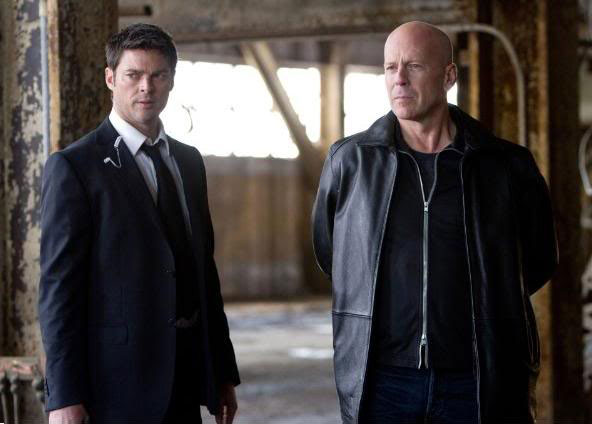 This is the sequel to 2010 American action comedy film as we know Bruce as Frank Moses who is a retired C.I.A. agent. He reunites his unlikely team of elite operatives for a global inquiry to track down a missing portable nuclear device. Here we see an action scene where he is wearing a black leather jacket and also carrying a gun in his hand.

The story goes with a mission which was given by Bruce as Mr. Church who reunites the Expendables team for what should be an easy paycheck. But on the spot when one of their men is murdered on the job, their search for revenge puts them very deep in enemy territory and up against their lives on an unexpected threat. Here is the photo of Expendables team where Bruce is wearing another black jacket. 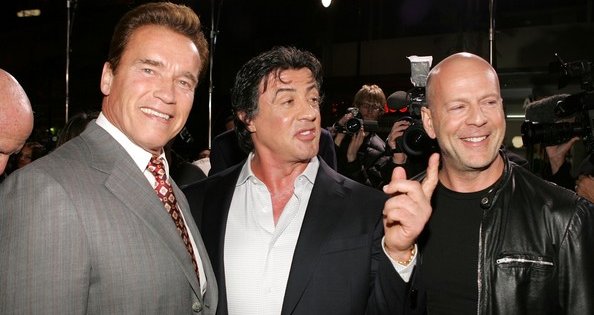 The Expendables team with Bruce

In Raven, we serve genuine leather jacket with existing design and also we give custom made design opportunity to our customer with affordable price and also the best quality.