Michael Jackson Leather Jacket is the famous style in the whole globe. As we all know he is famous name also “king of pop”. And some people also called him by MJ. This legend born on August 29, 1958, and passed June 25, 2009. He was a very talented American vocal, dancer and also songwriter. But his styles of clothing amazed the whole world. His all styles leather jacket are famous till now. He uses lots of different style leather jacket in his lots of music video. 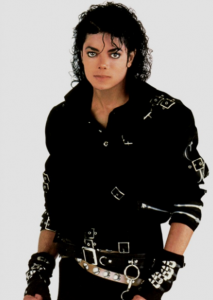 As a worlds most successful singer and dancer Michael Jackson most all song is famous. Some of those included in this article.

Thriller: Thriller was the best horror song and music video in past history in 1983. And the duration was 14 minutes. Filmmaker John Landis Directed this music video and make an epic theme. This song was for scaring people with some extraordinary moves. The role was MJ plays a werewolf role. In a moonlit night, MJ proposes his girl to be my girl. When she accepts his requests. Then MJ turns into a werewolf. This was shoot in a jangle beside a graveyard. When he turns into a werewolf his date gone scary. When he woke up he saw it was just a bad dream though. Here is the picture of Michael Jackson Leather Jacket below. 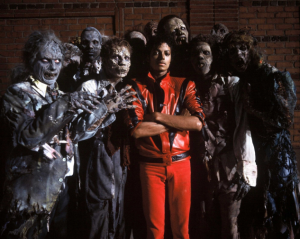 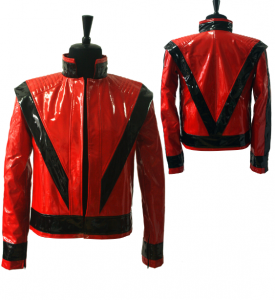 Billie Jean: This song was written and performed by Michael Jackson on January 2, 1983. This song mixed 91 times when recorded. Though Billie Jean was a real character. A woman wrote a letter to MJ by clamming MJ is the father of her baby. And then MJ wrote this epic song. And that song he wore a marvelous leather blazer with leather pant also. 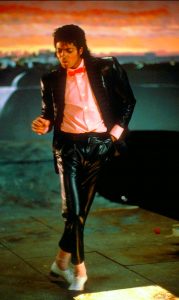 Beat it: beat-it is he another most popular song form, Michael Jackson. Also, this song is written by MJ. And the concept was unique. Two gang was about to fight. And by this song, Michael Jackson give some moral speech. Like “If you enter a fight and lose, you’ve gained nothing and lost everything.”.  Eddie Van Halen was playing the guitar solo. Here is the picture of Michael Jackson Leather Jacket below. 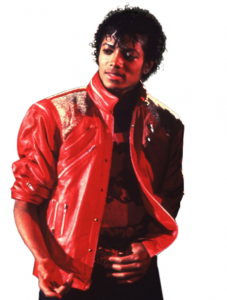 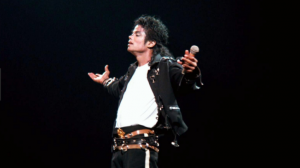 Bad: This song was written and performed by Michael Jackson. This song released on September 7, 1987. In that Bad means too cool for the teenagers. The music video, MJ wore a vintage and cool leather jacket with some chain design. on the other hand, all his costume make him easy to take a tough look. 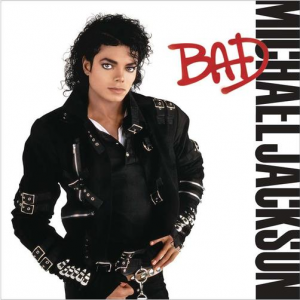 In RAVEN, we serve genuine leather jacket with existing design and also we give custom made design opportunity to our customers with affordable price and also the best quality.