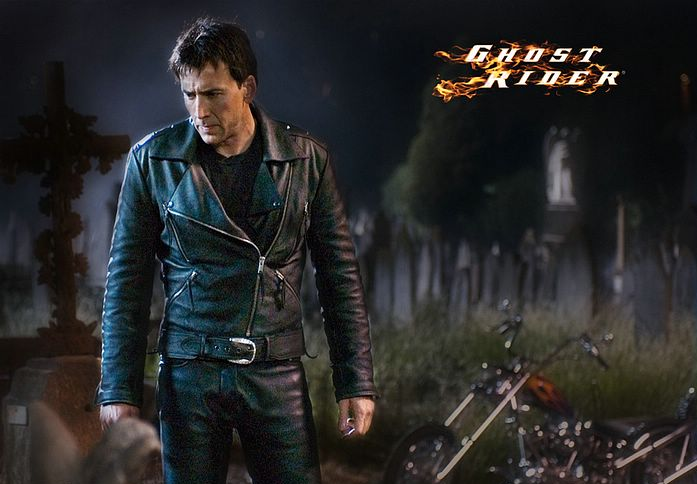 Nicolas Cage’s Ghost Rider Leather Jacket is quite famous all over the world. And this design favorite by the biker. They want to look more vintage and rough looking. This film story was taken from Marvel comics. Further, it’s first published in 1982 as a short film. After that, the movie was reproduced on February 16, 2007. And the famous Actor Nicolas cage played as Jony Blaze. And the movie earns 228.7 million dollars by invite 110 million dollars. 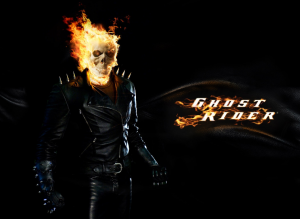 Jony Blaze is the name of the ghost rider or hell rider. Blaze corrupt by a promise by Mephistopheles. In 1986 Mephistopheles reach to a young stunt motorcycle rider called Blaze. And offer him to cure his father’s cancer by his soul. Blaze accept the offer. Besides, that’s the only chance to keep his father alive. His father cured of cancer. But he died by performing a stunt. 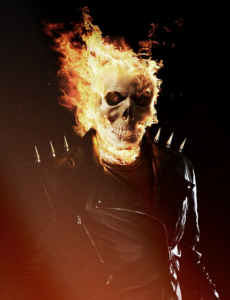 After 21 years later Blaze was too much famous for his deadly stunt. In one day Blaze fixed a date with his lover called Roxanne Simpson. In that day he realized the power of ghost rider as a bounty hunter. Ghost Rider is a human spirit with the immortal vengeful spirit by the contract with Satan. And in that movie Blaze used a leather jacket.Also, the jacket can modify by the touch of ghost rider. 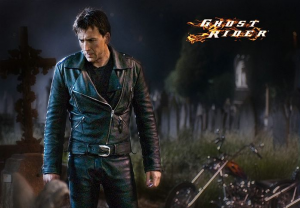 By the way, Both types of leather jackets are famous in the whole world. With its a Marvel character. So in the Marvel s series character the ghost rider played by Robbie Reyes. And his jacket is pretty much different from the movie. But both design accepted by all ghost rider fan. Not by the character by also the design of those leather jacket gives a feel be like a hell rider.

RAVEN always reminds designing a product of the classy trend. The leather is authentic and one of the most ancient clothing for the human. The fact is how to present it with this era. RAVEN is doing this same thing. We are making the replica of this renowned jacket first time in Bangladesh. So, the Ghost Rider’s fan of Bangladeshis can easily get this jacket from us. And live the fantasy forever.