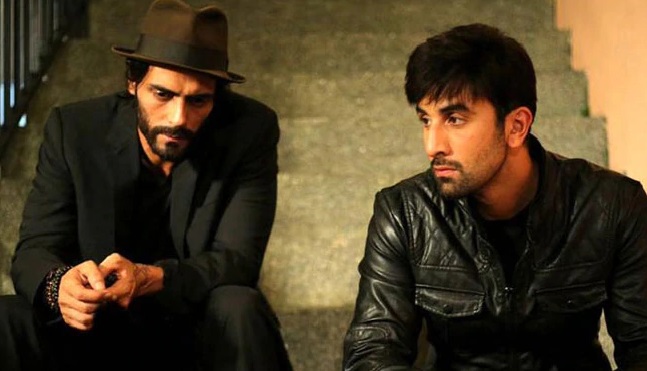 Hey there folks! Hope you guys are alright. Today we are going to see a few outerwear from a famous movie actor in Bollywood. And all of us know him very closely. So, who is he? He is none other than the youth icon and heartthrob of millions is RANBIR KAPOOR. He is the son of famous actor and actress RISHI KAPOOR & NETU KAPOOR. His acting debut happens back in 2007 and the film was Saawariya. Sanjay Lila Bhansali was the director of the film.

Though the film did not receive commercial success in the box office. But after that movie, his next movies were great hits and they were also successful in the box office. With his precise acting skill and beautiful dialogue-delivery makes million fans and followers. Another cool thing about him is his stylish outfit and makeovers just amaze everyone and it also trendy and fashion-friendly. Among his closets in this article, we are going to show you some leather Ranbir Kapoor Leather Jacket Collection below:

Over the year on various events and occasions, RK wears different types of leather jackets. Simple designs to complex one every type of jackets he wore frequently. Here a few mentions from films and other occasions where RK wears the leather jacket. Here we go.

Another outstanding work is done by RK in this film. Basically, this film is a biopic of Sanjay Dutta. Rajkumar Hirai makes this film and RK portrait this one on the celluloid.

In this film on different scenes and events, RK wears different types and designers jackets. Here is an iconic moment where Sajay’s father taught him a great lesson from where Sanjay get rid of a few unpleasant incidents from his life.

We all know about the film and its a romantic movie. In this film, on a certain moment where SRK as Tahir Taliyar, Saba as Aishwarya Rai Bachchan, Ayan Sanger as Ranbir Kapoor meets on a party. Where Saba introduces his ex-husband Tahir Taliyar to Ayan Sanger. Here we see RK wears a sexy red leather jacket. And here is the photo below:

In 2013 Indian romantic drama film. Ayan Mukerji makes this film. And RK was the lead here. On this film, there is a highlighted item song where RK dance with evergreen Madhuri Dixit. On this item song, RK wears a deep chocolate color leather jacket. With shoulder quilted and cropped length. Here is the photo below:

Another romantic movie by RK in 2015. And Vikramjit Singh directs the film. Basically, Roy (Ranbir Kapoor) is a mysterious international art thief whom no country seems to be able to get their hands on. As the character demands a cleverness and posh manner of Roy to interact with others. Here is a photo where RK wear another black field jacket.