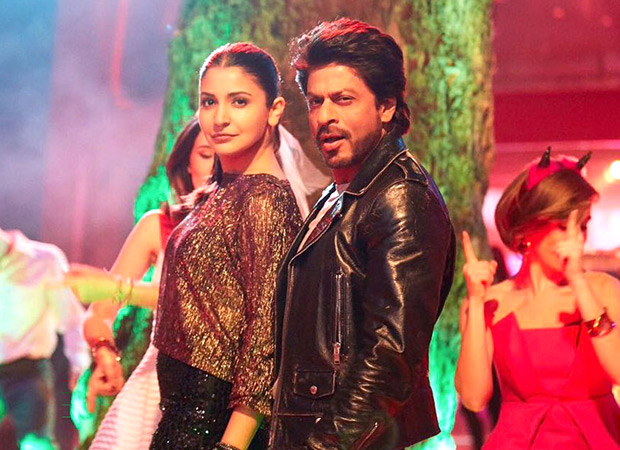 Shah Rukh Khan is very well known as SRK, in short. he is an Indian film actor, producer, and television personality. In the media, he is referred to “Baadshah of Bollywood”, “King of Bollywood” or “King Khan”, “King of Romance”. Though we know him as the finest actor, a megastar and also Style icon of Bollywood. We always try to follow his styles, attitudes, sometimes his ethics also. We have seen him in different character with different costumes both on screen and off screen. Most of his outfits, he likes to wear jackets both casually at any events or in the film. if we talk about the films, we will find several scenes with his jacket outfits. In this post, we will see his a series collection of Jackets one by one. So let’s take a look from the last to first of Dilwale Dulhania Le Jayenge to Fan journey which started in 1995 and we know the rest.

A quick list of movies where SRK wears Leather Jackets:

Jab Harry Met Sejal is another romantic movie by SRK. Before finalizing the name of the film it was initially named  “The Ring” to “Rahnuma” to “Raula“. But at the end, it names Jab Harry Met Sejal. From here the controversy starts of copying the 1989 Hollywood iconic film “When Harry Met Sally” or that it must have been inspired by it. However,  the two films have no similarity or connection with one another except both fall under the same genre and the two protagonists start off as strangers. And this love story mix with Indian styles, culture, and beautiful songs throughout the whole movie. In this movie, Shahrukh’s costumes were really catchy and eye-pleasing throughout the whole movie. Whether he is a tourist guide or a desi Punjabi look or casual dress up, he is just amazing to watch. But the most gorgeous outfit was his leather jacket. In two songs where he wears a Black Biker Jacket. And those songs are ” Beech Beech Main”  and “Yaadon Mein”. Let’s see the photo Below 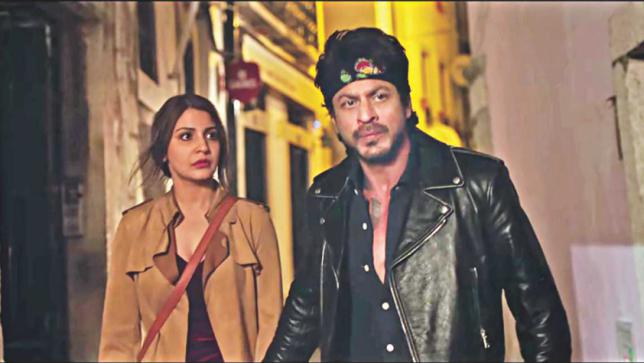 After Bazigar and Dar were the thriller movies of Shahrukh in early his career. After a very long break, “SRK” brings another thriller “Fan”.Where he plays both roles of lead character and his fan. And this thriller adds another flair to his wings. Both critic and audience love his amazing acting and also the craziness of his fan character. Through the movie, we see both characters wear beautiful costumes. When he is playing the role of a fan he is just outstanding with the character, costume, makeup, hairstyle and also walking style. But when he played the megastar role he was damn handsome and very picky as well. Different costumes give different look to SRK but the brown vintage shade jacket is just amazing to see him.  Here is the photo below: 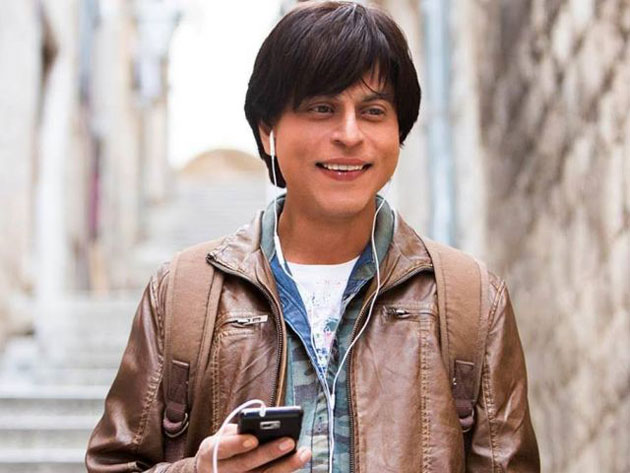 The evergreen duo SRK and Kajol cast together in this romantic film after a long break which becomes the pre-hype of the movie with the first promotional song of Gerua where Shahrukh with his charming jacket looks. We have been seen this amazing couple since 1995. From there they start working as an on-screen duo in many blockbuster movies in the history of Hindi Cinema. We saw them in many outfits and costumes over the year. But we never saw them both wearing leather jackets. And this amazing thing happens in “Gerua” song of “Dilwale” movie. And Both of them look young and very charming. Here is a photo below: 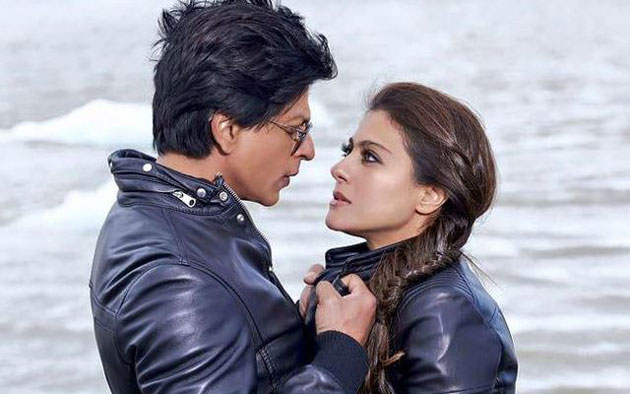 The whole story is Six would-be thieves take a part in a  prestigious dance competition as a cover for their larger goal of the major heist. Some awesome choreography, dance moves, costume, action, a pathetic story behind grouping and these ingredients make it highest grosser of  Box office. And here is a photo below: 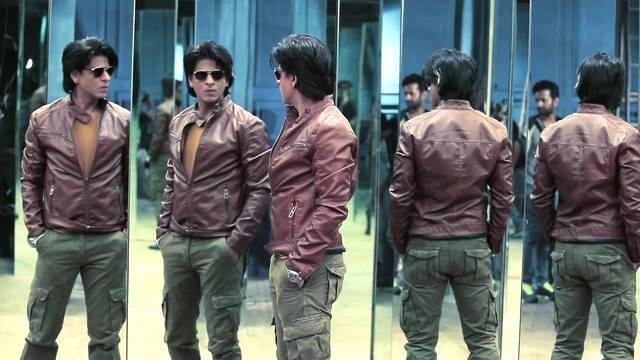 An action-comedy movie, the story starts with a trip to fulfill his late grandfather’s last wish which turns into an unexpected adventure when he meets a  young woman from southern India. The movie features a song  ” Kashmir Main Tu Kanyakumari ” where Shahrukh wears a black jacket with lungi and hat along with Deepika Padukone. 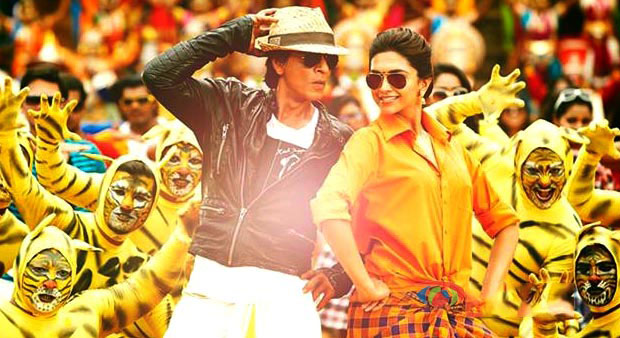 This movie is the first combination of SRK and Katrina Kaif. Both make the on-screen chemistry excellent and costume, cinematography, locations are always awesome under Yash Raj banner. In this film, he plays the role of a major of the Indian army. And here is a photo of him wearing a black jacket. 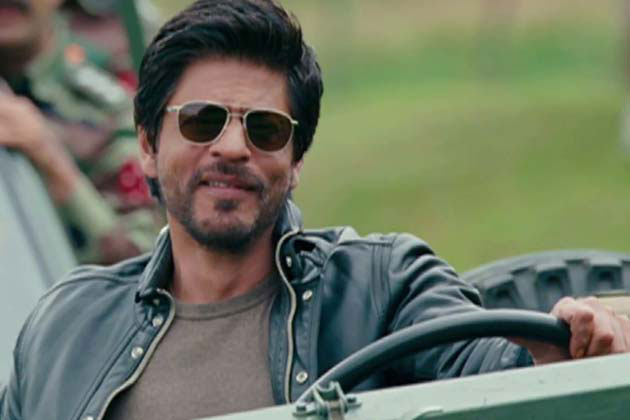 The story goes with conquering the Asian underworld, crime boss Don (Shah Rukh Khan) sets a plan that will give him dominion over Europe. Executing his plan he moves to one to other connections. With stunning plans and shocking mystery along with posh outfits of leather and fabrics jackets were awesome in the movie and also with the story of its sequel. 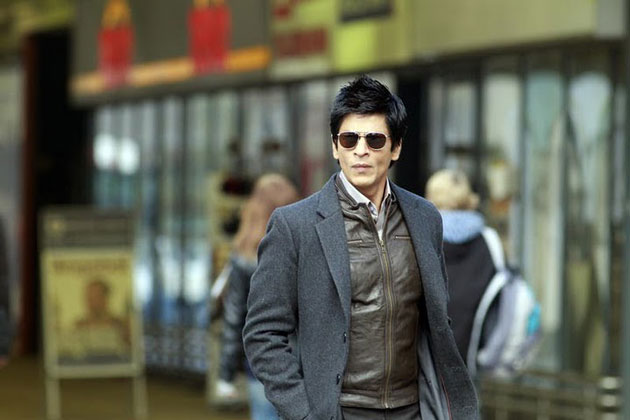 This is the first superhero movie appearance of our star SRK. The plot of the movie is a video game designer who creates the ultimate villain for his new game and where accidentally allows it to become self-aware. Besides, superhero costumes SRK got some more variety here with his outfits. In the “Criminal” song we see him wearing a black leather jacket with a black cap a sunglass. Here is the photo below: 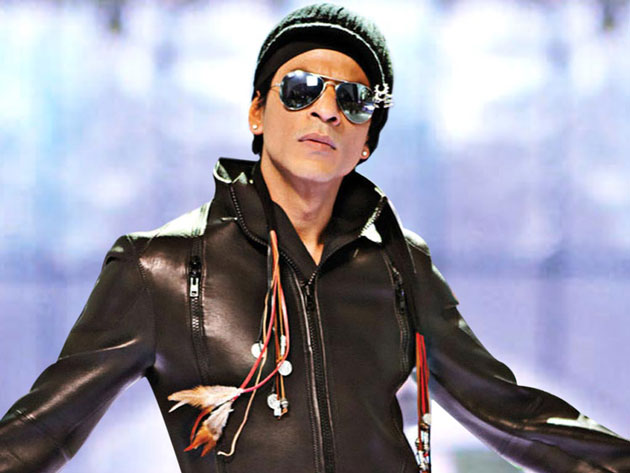 This film is all about the friendship between a common man and a megastar. So, we see both the lives of a megastar and his friend. How SRK become a megastar and how his friend plays an important role in his life. But everyone disbelieves Billu that Sahir Khan is his friend. But in the end, Sahir reveal the story to all. This is the story of the film but some amazing songs and cinematography make it eye-pleasing. We also see three item songs in the movie where he gets some fancy jacket looks. And here is the photo with Priyanka Chopra. 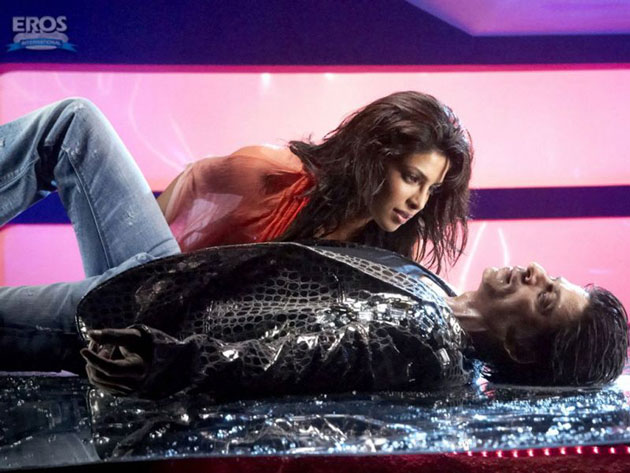 An Indian supernatural romantic melodrama film has co-written, choreographed and directed by Farah Khan in 2007. This film becomes one of the best grosser of Box office. In the movie, King Khan plays the role of a famous look of “Quick gun Murugan”. And here is a photo of this scene of the film. 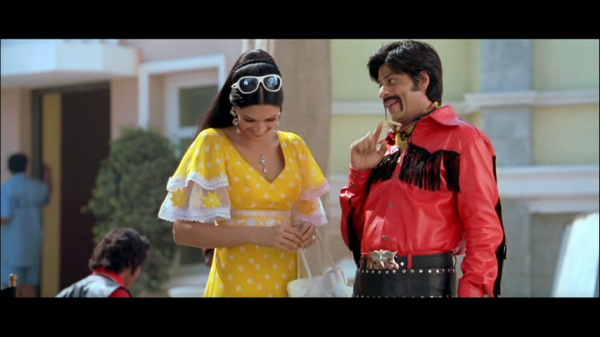 This film is the remake of Amitabh Bachchan’s “Don”. Hearing the news of this film remake which really becomes a great hype through the fans of “King Khan”.  As A Don, he grabs the attitude, acting, conversation and all. Some really authentic looks with suits and jacket were extremely awesome and become very iconic. 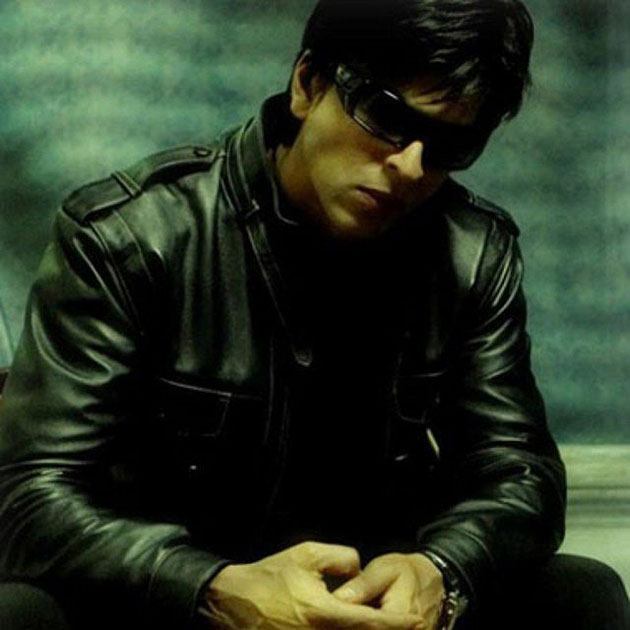 This film is a tale of love, separation, courage, and sacrifice that unfolds over 22 years with all the ingredients of a classic love story. Here we see our superstar in a role of Squadron Leader Veer Pratap Singh who is a pilot in the Indian air force. From start to end we see some Jacket costumes like blue, black jeans jacket with a brown one also. 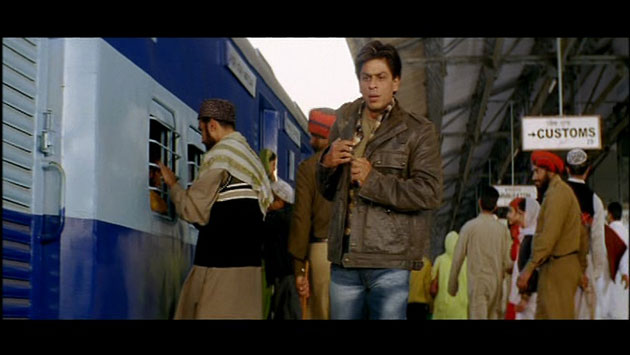 We all know the plot of “DDLG”, Lead character Raj and Simran meet on a trip to Europe. After some initial misfortunes, they fall in love. And typical the battle begins to win over two traditional families. In the movie, There was an iconic scene in the mustard field where “SRK” wear a black jacket with a brown hat and also a mandolin in hand which he was playing in the field. This picture described the rest. 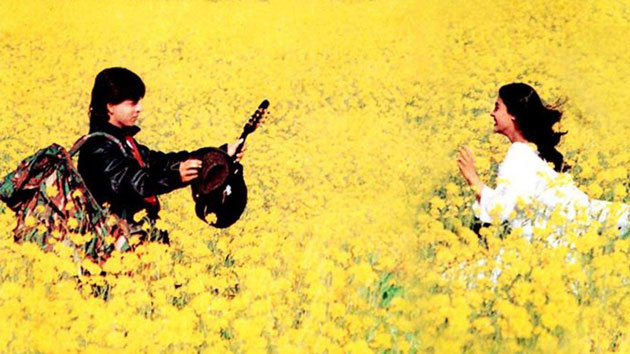 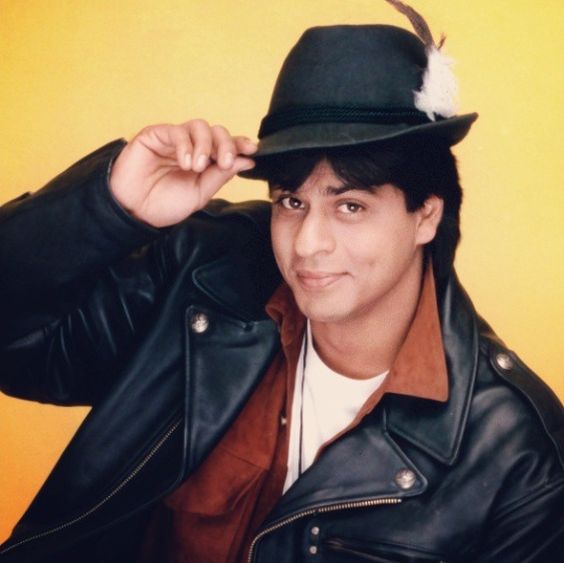 In  RAVEN we are providing best quality genuine leather with existing design and also custom design provided by our respective customer. So, you could buy or check out amazing jackets from our shop here. Price is very affordable, finishing and fitting commendable. With your good maintenance.