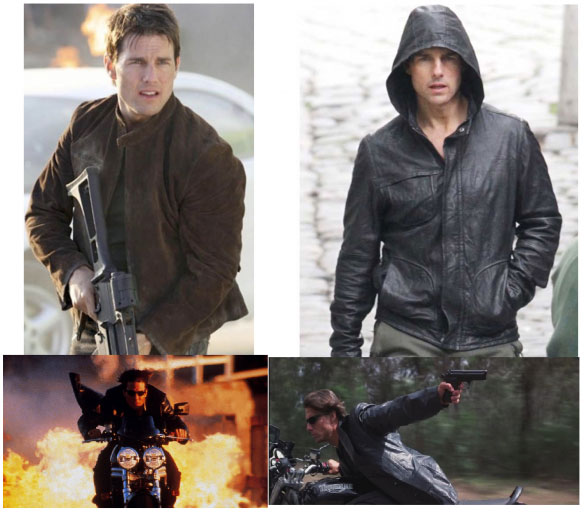 Tom Cruise Impossible Leather Jackets: Tom Cruise is the coolest looking man on this planet, and it’s great for one to adopt his style. Although his choice also matches with some of us, from mission impossible to Top Gun he has shown us couple of style of Jacket. Most people thought his leather jacket in Mission Impossible series Leather Jacket.

In this part, Mr. Ethan Hunt came in a Hoody Jacket of Black color. As we see from bellow. 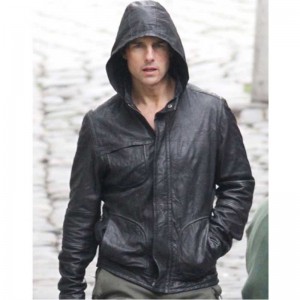 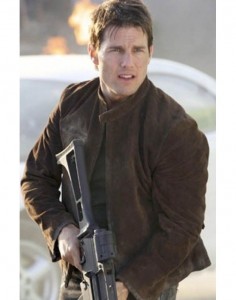 In the film, Ethan Hunt is recruited by the IMF to find and destroy a dangerous chemical weapon called “Chimera” from a rogue IMF agent named Sean Ambrose with the help of his new girlfriend, Nyah Nordoff-Hall. His appearance in Black Leather Jacket was so nice, Especially in Motor bike scene.* 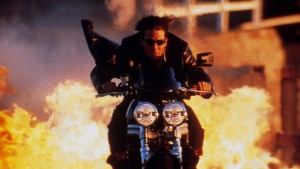 It was the beginning where lend was born and continue his journey. Ethan Haunt, and his mission to uncover the mole who has framed him for the murders of his entire IMF team. And Thus we have come today. In this part Tom Cruise aka Ethan Haunt wears Black Lamb Skin Leather Blazer. It was 1995-96 when Leather Blazer was cutting edge style, yet today this classic design has the same appeal. Let’s see his Jacket ……………..!!! 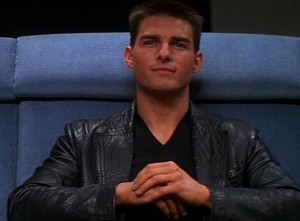 It was 1995, much has changed. In recent RAVEN brought similar Leather Blazer like Ethan Haunt aka Tom Cruise wears in Mission Impossible first part. 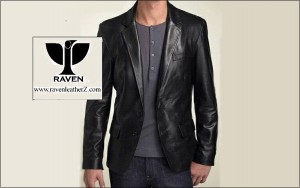 This RB:02 style is current trends in Leather Blazer like as Tom Cruise in Mission Impossible First One. You could buy or check out this amazing jacket from our shop in here. Price is very affordable too.

Subscribe to our newsletter for discount CODE: [wysija_form id=”1″]